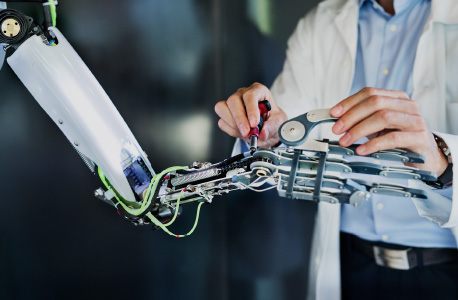 The DFactory and Barcelona Tech City associations have signed a collaboration agreement that establishes both parties’ commitment to promote and create an appropriate environment for the companies’ development, to attract local and international investment to the city and connect talent with the companies. In order to achieve this, they have agreed to collaborate with other organizations to accelerate the technological ecosystem in the region through initiatives such as: networking sessions, organization of activities and conferences, carrying out unique projects, workshops, participation in fairs and local and international events; as well as promoting the connection between ecosystems and the creation of knowledge networks, among others.

Pere Navarro, special delegate of the State at the Consorci de la Zona Franca de Barcelona (CZFB) and president of DFactory and Miquel Vicente, President of Barcelona Tech City, have signed the agreement.

The contract, that will immediately come into effect, establishes an agreement between both entities for the development of possible collaborations in projects or initiatives related to innovation, technology transfer, entrepreneurs, start-ups, consolidated companies, investors, incubators and accelerators; as well as the development of living lab projects, among others.

DFactory is a private non-profit association promoted by the alliance between the CZFB and Leitat (Tecnio). It’s mission is to become the Technology Hub for the promotion and development of 4.0 Industry in Europe, promoting an ecosystem of attraction of talent, technology and investments in a unique space that gathers the most innovating companies with the most cutting-edge technological projects.

The works of this industrial warehouse that will be located at the Zona Franca of Barcelona are already underway. The first phase of the project will be finished at the end of 2020 with a 17,000 square meters’ building that will have offices, laboratories equipped with the latest technology and incubation spaces to attract innovating companies, talent and investment linked to the promotion and development of 4.0 technologies. The second phase is expected to include an expansion of 100,000 square meters.

Created by successful entrepreneurs, Barcelona Tech City is a private non-profit association representing more than 1,000 companies in the digital and technological sectors and are based in Barcelona, collaborating with the different agents that form the Barcelona’s entrepreneurial ecosystem: entrepreneurs, startups, SMEs, corporations, universities, business schools, public and private organizations, consulting firms and investors. Its main objectives are to consolidate the city as an international technological hub and to boost innovation among the different agents that shape the entrepreneurial ecosystem of Barcelona.

Barcelona Tech City launched the Pier01 project in 2016 with the aim of becoming a benchmark technology space in Europe. Located in Palau de Mar (La Barceloneta), in its almost 11,000 square meters, it gathers together 100 companies and startups with more than 1,000 professionals. It has been recognized by Forbes as one of the six most innovative hubs in the world.

Barcelona Tech City is working on the creation of a Technological Urban Campus with the incorporation of new hubs, some of them specialized in technologies with great potential such as AI or Blockchain and others focused on sectors such as mobility. As part of this initiative, the Association has recently launched two new spaces: Pier03 and El Palauet, a social meeting point for the ecosystem.